The American Single Malt market has been exploding in recent years in a trend that was acknowledged back in July of this year by the Alcohol and Tobacco Tax and Trade Bureau (TTB) when they officially agreed to recognize the unique category. Well, now Jack Daniel’s is joining the fray as they just unveiled their latest limited edition whiskey: Jack Daniel’s Twice Barreled Special Release American Single Malt Finished in Oloroso Sherry Casks. Try saying that 5 times fast!

For the first time in the brand’s storied history they are releasing a whiskey with a 100% malted barley mash bill which is then finished in Spanish Oloroso sherry casks from the Antonio Paez Lobato Cooperage. While Jack Daniel’s has been making single malt since 2013, the whiskey in this release begins with their 2015 distillation run which is when Master Distiller Chris Fletcher feels they first worked out all the kinks. After aging for about 5 years, the whiskey was barreled a second time in Oloroso Sherry butts that sat on the ground floor of Jack Daniel’s aging facilities for an additional 19+ months – those atypically large casks had no way of making it to the higher floors of a rickhouse.

Perhaps due to those unique storage conditions, this cask strength single barrel release was bottled between 106.1 and 107.8 proof, a much lower abv than the previous three releases in Jack Daniel’s limited edition lineup. According to Chris Fletcher, “Our Special Release series highlights our ongoing innovations and exceptional whiskeys from the Jack Daniel Distillery.” He continued by saying, “I’m excited to share this expression as our team set out to craft an American Single Malt that’s uniquely Jack Daniel’s.”

In that endeavor it’s safe to say the team in Lynchburg succeeded, as this whiskey opens with aromas of toffee, cocoa powder, peanut brittle, and red fruit. It’s at once recognizable as an American single malt whiskey with the scent of malted milk chocolate diffusing out of the glass, but that aroma is joined by an alluring sherry influence that indicates the well-blended marriage of flavors to follow on the palate.

On first sip, fresh apples hit the tip of the tongue while the faintest maple-syrup-and-cinnamon-bark shell encases a sherry bomb that detonates soon after. With malted milk chocolate – seemingly straight out of Dairy Queen – along with dried berries (raspberry and blueberry) at midpalate, there’s a lot to like about this expression before it even reaches the finish. However, it’s on the transition from midpalate to finish where those flavors really sink their hooks into your tongue and pull you along for the ride.

The medium length conclusion caps off an exceedingly approachable experience as cherry cola and rising black pepper spice leave a balanced medley of notes to savor long after your glass is empty. This whiskey is rich and sweet without veering into decadence, and though I would prefer to see it at a slightly higher abv (the media sample provided by the company only clocked in at 105.7 proof) it packs plenty of complexity into a relatively low proof pour.

Whether you’re the prototypical fan of Old No. 7, a longtime sherried Scotch drinker, or an American Single Malt aficionado, you’ll definitely find plenty of surprises here to keep you coming back for more. Be aware that the real surprise may be yet to come as Jack Daniel’s has roughly 330 sherry casks and plenty more American Single Malt coming down the pike. You’ll want to watch this space for future innovations if this well-rounded limited edition happens to elude you, though I’d certainly advise against missing this opening act. 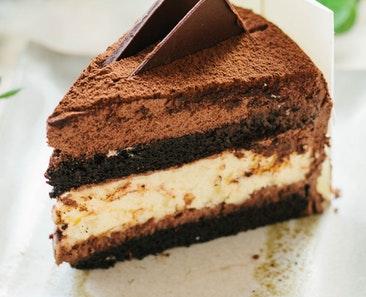 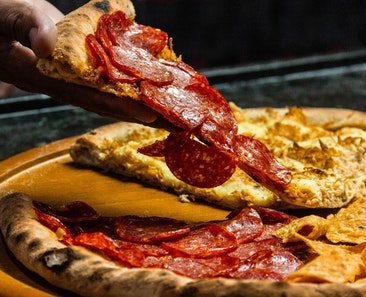